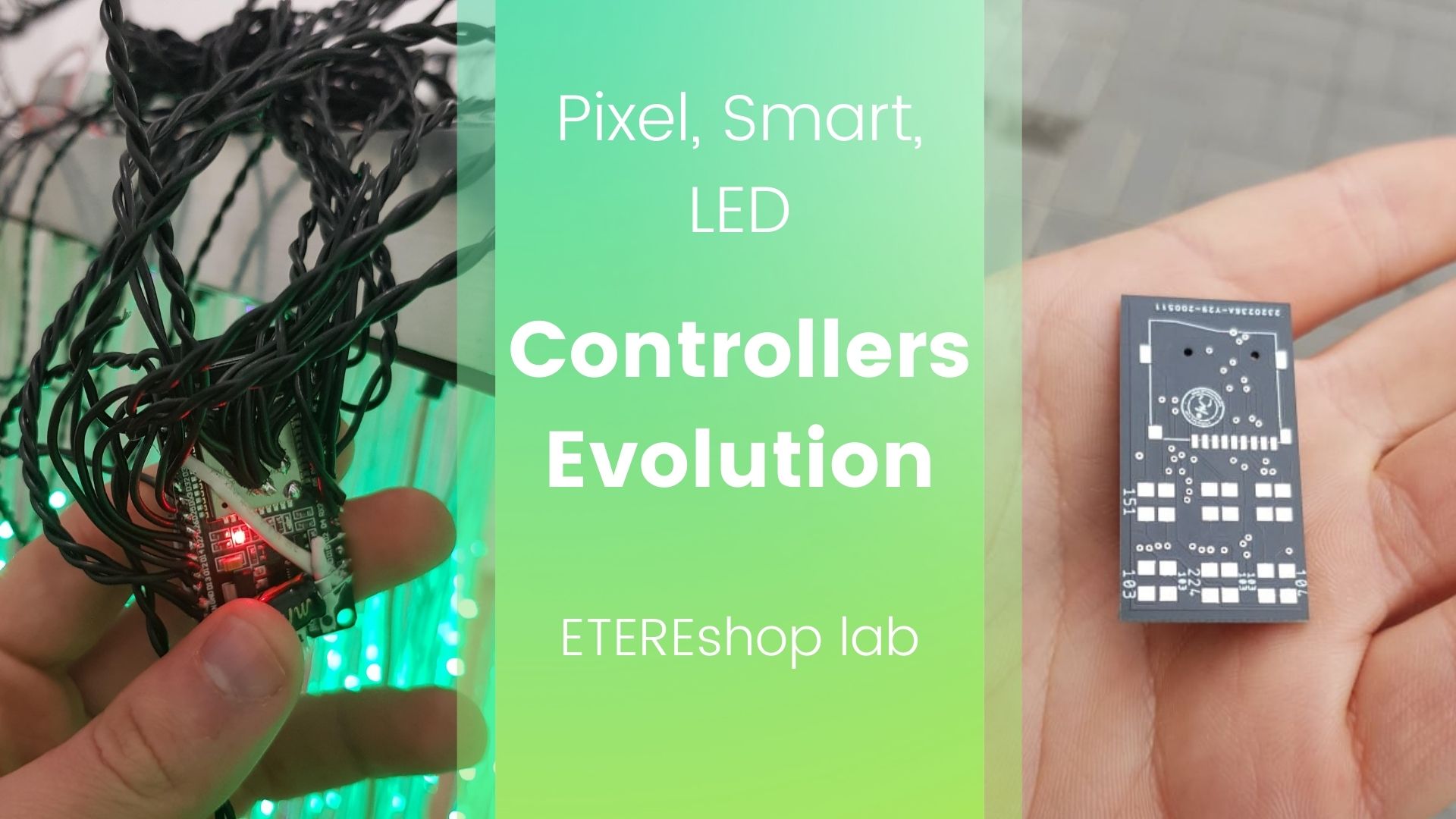 Light-up signs, decorations, and equipment are among the most obvious ways to attract audience attention to your product or service, be you a stage artist, DJ, club owner, or any other business. While simple neon signs are classics, most customers are looking for more sophisticated solutions such as panels, signs, and other products with Pixel Smart LEDs.

And as soon as you have an idea for the final product in your head, it’s time to think about how it will be implemented. Since this is not just a retro sign with bulbs, you cannot just plug the cord into the mains. You will want to use all the possibilities of Smart Pixel LEDs, such as switching of light effects, sound activation, synchronization with other light-up equipment, and, of course, different Pixel LED control options, depending on the situation and the type of the

In 4+ years, ETERESHOP has gone from a simple need for Pixel LED controllers for rudimentary control of effects on our products to advanced features such as sound activation, synchronization with the stage, music, and other costumes.

Although our main specialization are LED costumes, accessories, and photo zones, our Pixel LED controllers can be used for various products, namely ad stands, and signs, DJ booths, and stage equipment as well as luminous installations and decor of different complexity levels.

We do not stop there and continue to work on expanding the capabilities of the controllers and improving their work. Our clients and their requests are constantly pushing us to search for new solutions. That is why we are always open to any suggestions and ideas.

2017: first Smart Pixel products and the demand for controllers

We’ve started the active introduction of SMART Pixel LED costumes and accessories into our range of products, as they allow our clients to create the most vivid and memorable shows and are in demand all over the world. As a result, it became necessary to find Pixel LED controllers to be used for such products.

This year, for the first time, we began to carry out the first developments and experiments in this direction and wrote the first firmware.

·         Effects are recorded from the card using Wireshark and the console packet parser.

SMART products gained popularity and there was a growing need to expand the functionality of controllers.

In 2018 we increased the number of processed diodes by one controller (up to 1000 LEDs), recorded the effects on the SD card, and made direct reading from it, which made it possible to reproduce the effects without loss in quality. The choice of controllers for different needs has expanded as well. 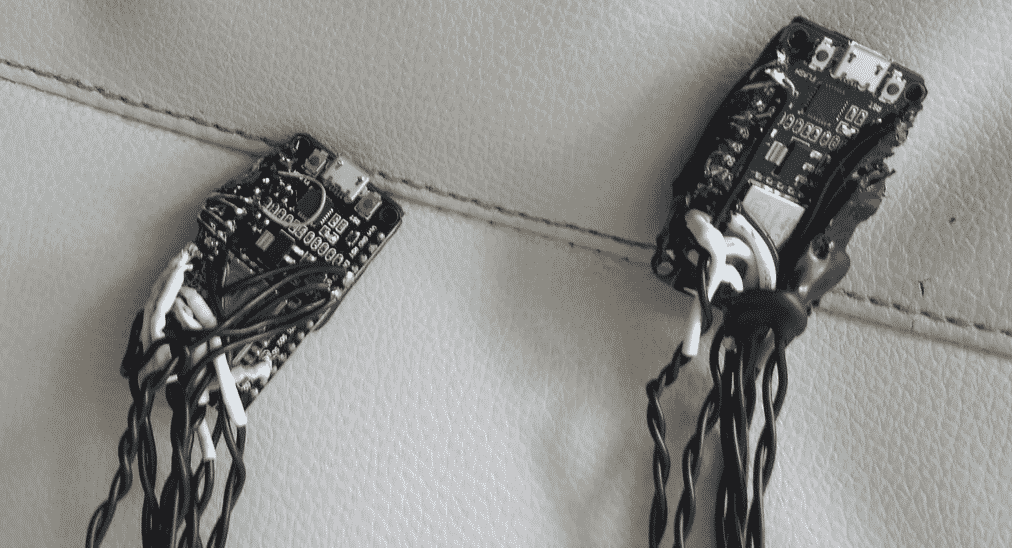 Controllers remained one of the weakest parts of all products. They broke down quite often, as they were soldered by hinged mounting. After expanding the capabilities of the controllers, our team has faced the task of improving the quality of their work and their reliability.

It took us too long to personalize the firmware of each controller, so we decided to start a big new project to solve this problem. This project was supposed to include the ability to configure the controller without programming skills. Our clients could from that moment modify the data after receiving the controllers. As part of this project, we wrote a large number of our own libraries, which allowed us to increase the performance of controllers by 8 times.

In 2019, we’ve brought the synchronization between controllers to a good level. This allowed our customers to plan much more complex shows involving multiple LED and Smart Pixel products in sync.

·         We transferred controllers to PCB soldering.

·         We began to use slots for memory cards, which allowed us to reduce the number of defects.

·         All controllers have universal firmware and are set up individually using a config. file, which does not require significant time expenditures, as well as long training of employees.

·         Added the ability to change modes, such as show list, auto-switch, and standalone.

·         Added the synchronization option with various stage equipment, as well as between several controllers.

In 2020 we began to receive more requests from customers to expand the functionality of control systems.

As a result, this very year it becomes possible to use sound activation when working with our Smart LED products.

Software is being created to manage the controllers from a distance via a radio channel. All this allowed our clients to create more and more complex light shows with our LED props and light-up costumes.

New compact LED products required miniaturization of controllers. We developed boards to accomplish these tasks and have been successfully used them ever since.

Work is underway on a new controller and kept on working on an increase in the performance of all controllers existing at that time.

DJ booth made of an LED pixel curtain

·         Developed 3 versions of printed circuit boards to optimize the soldering processes and the reliability of the controller.

·         A complete refactoring of the firmware was carried out, which made it possible to further speed up the controller.

·         Launched the option of sound activation of controllers.

·         We started development and carried out the first tests of managing the controller from the WEB page.

·         We started development and made the first tests of managing the controller from the WEB page.

·         We started development and made the first tests of controller management from the WEB page. 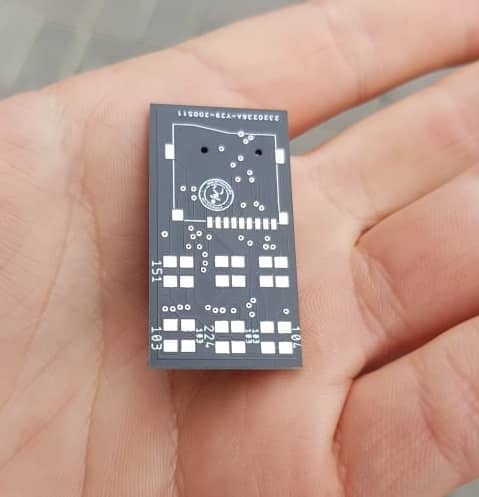 ·         We have developed 2 versions of printed circuit boards to optimize soldering processes and improve the reliability of the controller.

·         We developed libraries and worked on the completion of existing ones.

·         Sound activation of controllers is available.

·         We started development and made the first tests of managing the controller from the WEB page. There are problems that prevent it from being used as a full-fledged controller. Working on solving these problems.

The firmware has been migrated to the new Arduino programming platform -> VSCode + PlatformIO + GitHUB.

2021: plans for the nearest future

This year we plan to launch a full-fledged control using the controller’s browser page, simultaneous with the work of diodes.

Another goal is to bring to the required functionality the direct conversion of image files from an SD card to an LED suit. As a result, it will also be possible to set all conditions like speed, brightness, sound activation, etc.

It is also planned to take 2.4 GHz wireless ArtNet to the next level, as well as add a LAN for reliable data transmission.

To date, this controller has lost its relevance due to the release of ESP 32.

·         We improved the library for working with SD cards, which allowed us to increase the FPS.

·         Animation API – direct conversion of image files from an SD card to an LED suit, and you can set all the conditions: speed, brightness, start with sound, etc.

·         Launched v1 version of the WEB-page for controlling the controller from it: changing the effect number, brightness, effect speed, and other settings.

·         The library for working with SD cards has been redesigned, which allowed increasing the FPS.

·         Animation API – direct conversion of image files from an SD card to an LED suit. You can customize various options for it: speed, brightness, sound activation, etc.

·         The ability to change modes, such as show list, auto-switching, standalone, test mode, and real-time ArtNet, which is under improvement.

·         The number of analog inputs has been increased, which allows using the controller’s capabilities to the fullest. 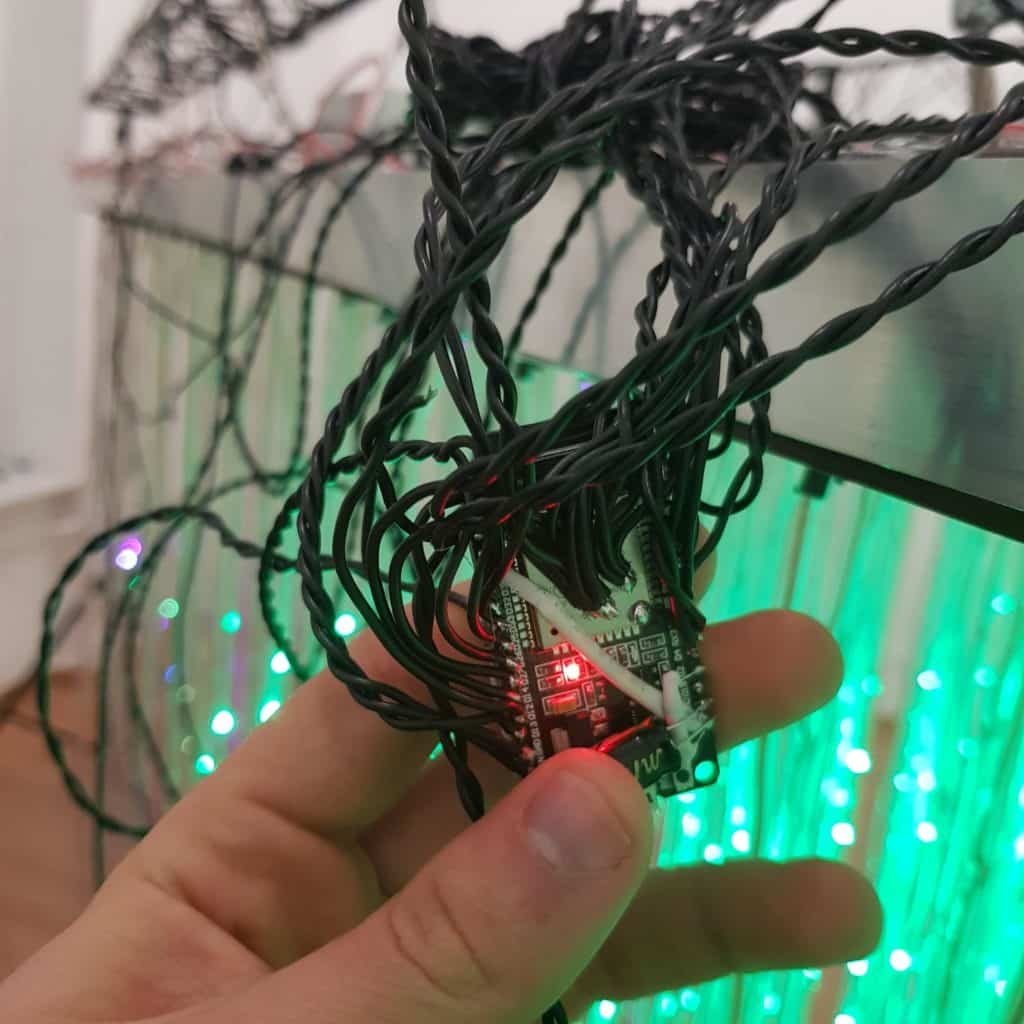